The Story of the Clotilda 110

“An Ocean in My Bones” written and directed by award-winning director Terrence Spivey returns due to overwhelming demand to Africatown in Mobile, Alabama.

It is 2019. Clotilda, the last American slave ship that illegally smuggled 110 enslaved Africans across the Atlantic in 1860 has been discovered in Mobile Bay. The ancestors have awakened.

The play which premiered February 2022 is commissioned by the Clotilda Descendants Association who can be seen in Margaret Brown’s Sundance Award winning documentary “Descendant” on Netflix.

On November 28th the first of several episodes of a new short series entitled Descendant Cookout premiered on social media platforms. This series (curated by Participant group) is hosted by Stephen Satterfield (Host of High on the Hog) and explores the connections between food, community, and social justice in a conversation with some of the participants of the documentary Descendant and community stakeholders.

We will never let the world forget!

Others require much longer research, especially when there’s simply more to talk about and even more puzzling details to unravel.

The account of slave ship Clotilda is one of those mysterious chronicles that can’t be written in a hurry. As a matter of fact, it’s taken 159 years to be told and is still not finished.

It started with simple people living simple lives in their ‘own’ African country, before being captured by a rival tribe, sold to a wealthy slave owner from America and forced to live in squalor on a two-month voyage across an unforgiving Atlantic Ocean.

And despite a then 50 year-old federal law against importing Africans for the purpose of working in the South’s cotton fields, Clotilda and its cargo of 110 ‘human beings’ (although some accounts say a female jumped overboard to her death at sea) still dropped anchor at Mobile Bay on July 9, 1860 … capping a gut-wrenching 60-day voyage for those terrified captives.

Even more reprehensible is that the entire saga was merely to settle a bet by ship owner Timothy Meaher that federal authorities could indeed be outsmarted.

That group’s elected leaders were President Beatrice Ellis and Vice-president Theodore Arthur, a noted saxophonist, who along with several other officers of that original association still actively tell the Clotilda story today … including Herbert Pair, gifted historians Lorna Woods and Vernetta Henson, and Doris Lee-Allen.

The group’s mission was very clearly spelled out in that document still on file in Montgomery: “Preserve and perpetuate the culture and heritage of the last Africans brought to America … enlighten society about their descendants and African history.”

And now that the scuttled hulk of Clotilda has been found in murky, alligator infested waters around ‘12 Mile Island’ near Mobile, the story of that last ship to ferry enslaved Africans to America is being told in detail through new books, magazine articles, websites, podcasts and soon several documentaries and movies.

Even more “110” descendants have also now come forward to carry on that original group’s mission, this time simply operating as ‘The Clotilda Descendants Association’ (CDA).

Our goal is to bring all things Clotilda to light … things infamously, and literally, done in the dark when that illegal ship set sail from Benin on the west coast of Africa with our terrified relatives crammed into overcrowded, filthy cargo holds.

WE will forever tell their stories, uphold their legacy, build the ‘Africatown Museum and Performing Arts Center’ to honor them and others who helped shape the community… and press for accountability of the crime that was Clotilda.

The Clotilda Descendant’s Association is one of many groups working to preserve the historical significance of Africatown. Please visit our partners.

The Africatown Community, located in Mobile, Alabama, is best known for its connection to the U.S. slave ship Clotilda.  This community was established by the very same Africans that were enslaved and brought to the U.S. illegally aboard the Clotilda in 1860.

Africatown~C.H.E.S.S. exists to ensure that the Africatown community, in Mobile, Alabama is Clean, Healthy, Educated, Safe, & Sustainable. Through our partnership with the Deep South Center for Environmental Justice (DSCEJ), the HBCU-CBO Gulf Coast Equity Consortium, and the Kellogg Foundation, we will implement strategies and the best practices to improve the quality of life in our regions most underserved areas.

The Mobile County Training School Alumni Association, a non-profit, tax-exempt, 501(c)(3) organization, is dedicated to protecting, preserving, and promoting the history and achievements of the MCTS family, and its descendants, by documenting and recording, for posterity, the accomplishments and experiences of its family by awarding scholarships and publishing the Alumni experience to encourage others.

The Mobile Environmental Justice Action Coalition was formed in 2013 with the mission to engage and organize with Mobile’s most threatened communities in order to defend the inalienable rights to clean air, water, soil, health, and safety and to take direct action when government fails to do so, ensuring community self-determination.

M.O.V.E. Mobile~Gulf Coast CDC’s MISSION is to transform under-served communities by closing long-standing gaps between them and the general population. M.O.V.E.’s GOALS include laying the foundations for economic growth — financial literacy, minority entrepreneurial and business development, workforce development and international trade — that generate revenues, create living-wage jobs, and build the community’s tax base. 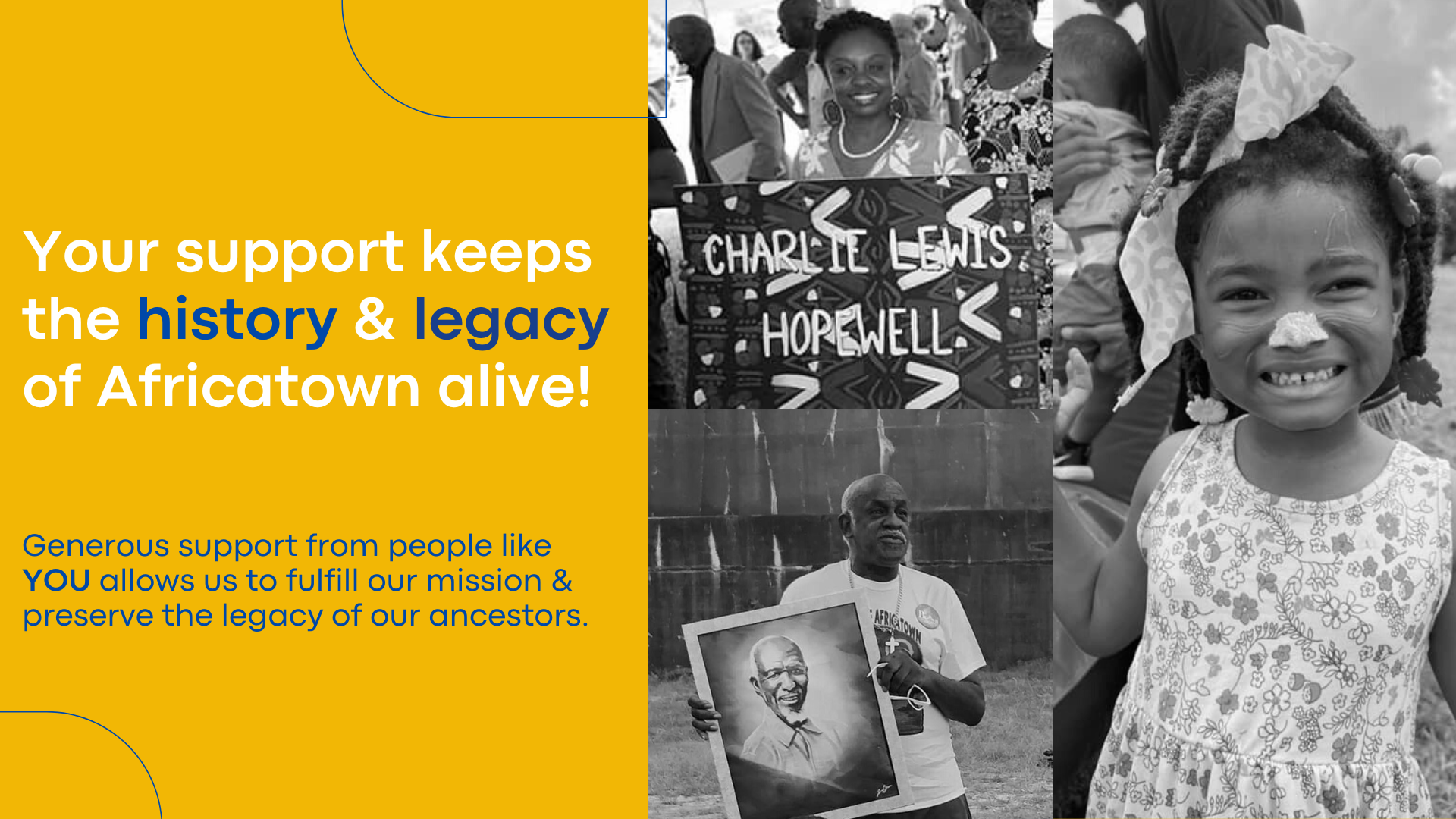 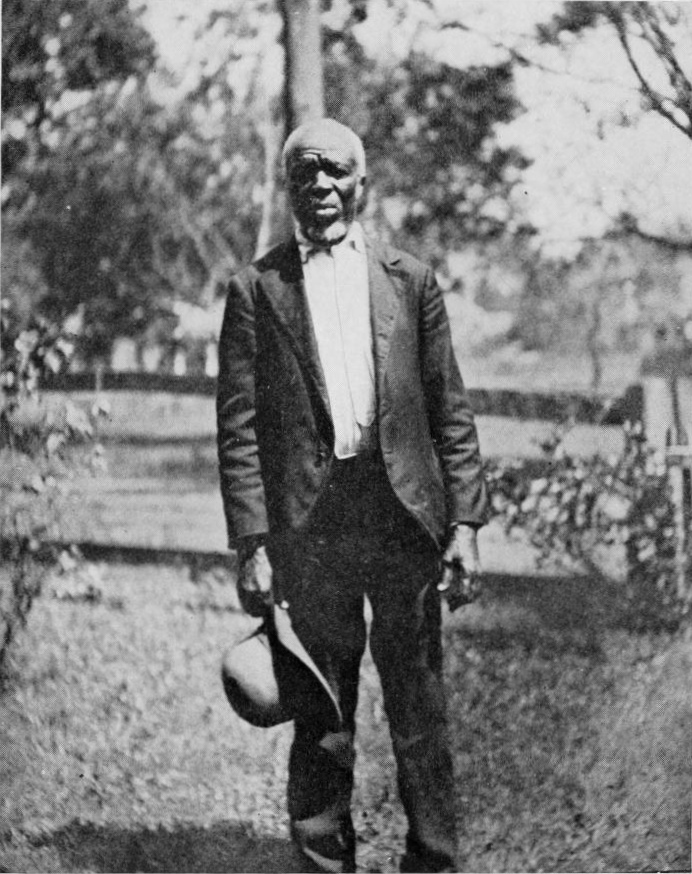 Join our fight for justice!Sign the petitions

Join the Clotilda Descendants Association in our fight for justice by signing our petitions.

Justice for the 110Reconciliation & Reparations